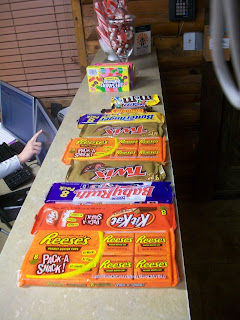 We had an auction on Friday with the boys and these are the items that were available to be purchased. The boys were soooo excited when we opened the bag and presented the goods. 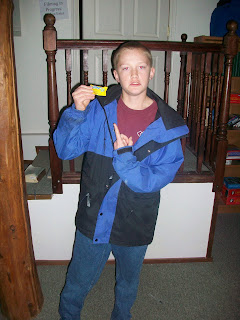 Drew was the fortunate one to get this Butterfinger.  The boys quickly caught on and found out there was more than one item available. 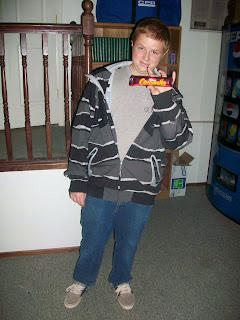 This was one of the "grand prizes" it was a king size caramello . (Jake is also a mentor and on the A-Team, he has 2 jobs that pay him pretty well so he felt he could afford it) 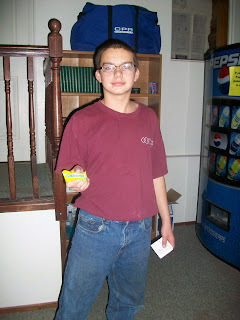 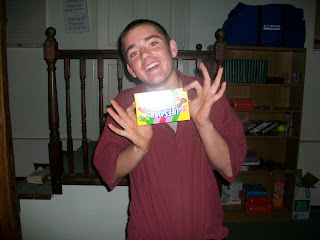 Drew is so excited because he was waiting for this

one to come up for bidding. This was one of the dorm prizes. 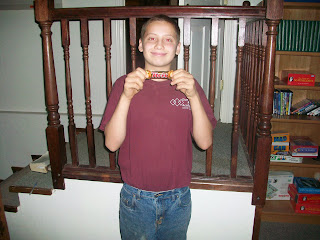 Tommy was the first to get a twix and as you can see he was excited!!

John won this for the mentor dorm. They all had to pool their resources though!!! My bet is that it was worth it!!! 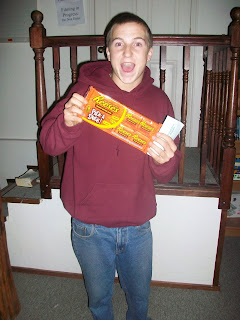 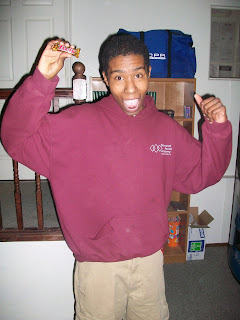 You have to look really hard to find the candy but Trevor was more excited to win this then a car. 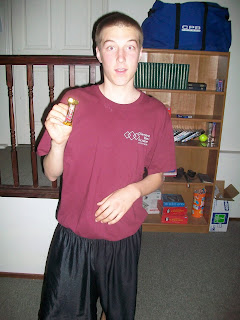 Jake was happy he won this but wanted to eat it not take a picture. 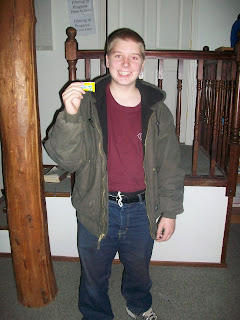 Gates was so frustrated that he did not have enough money to buy the candy bars at the beginning but then he got lucky and won this.