For the halloween bash we had some inflatables and the boys had a blast!!
There was also a climbing wall and a jousting station! 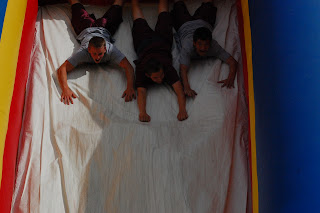 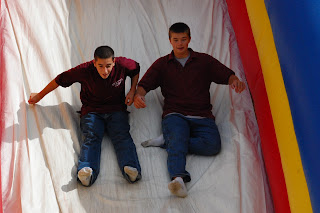 Dom and Austin look like they are out for a leisurely stroll. 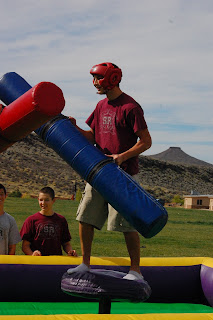 The boys played king of the hill and Jerod stayed on for quite a few! 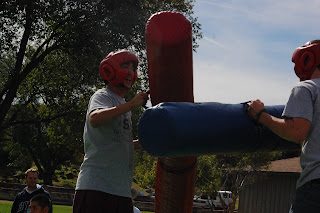 Abdul was loving the Jousting! 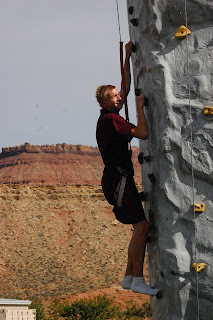 Josh was getting pretty good at the climbing wall. 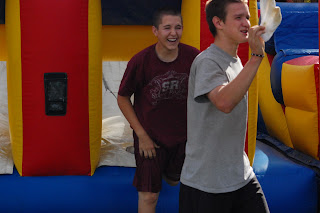 Hey did anyone lose a sock in the maze? 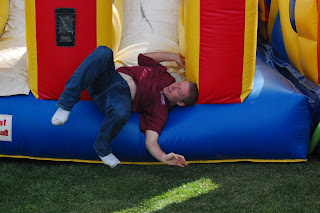 Will got a 10 on this dismount out of the maze! 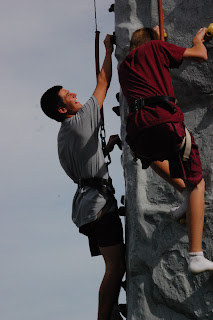 Cole and JT were racing and almost didn't make it cause they were laughing so hard! 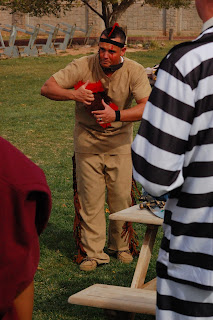 Is that Crazy Horse? Nope it is Robbie our Athletic Director. 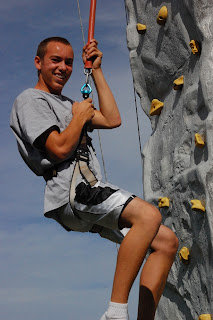 Evan said he liked the free fall the best on the climbing wall. 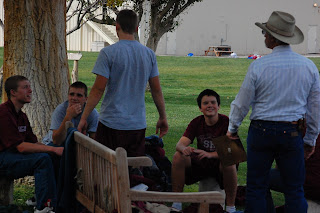 Now it's "down time" before the next event. 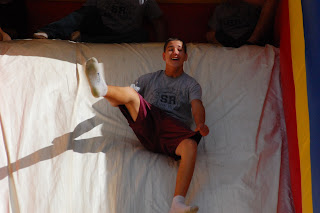 Paul got in 1 last run on the slide! 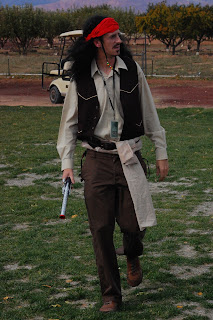 "﻿Captian Jack Sparrow" showed up too! It was actually Jon from medical.
The boys loved the events that were there and are really just little boys at heart. Dra was almost like never-never land for a day.
Posted by Diamond Ranch Academy at 6:59 PM