The upper level group decided they wanted to challenge me in a fishing competition(along with Chris on their team). And me having some RED personality traits, I decided to take on the challenge! I also thought it would be a good opportunity to teach the boys a life lesson. The fishing started out where myself and my team of lower level students had all the real worms and fake lizards etc.. and the upper levels only had the bare minimum. Then................... 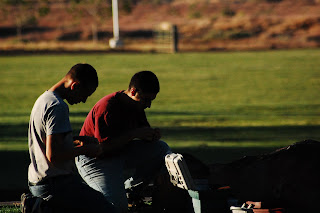 The upper level team preparing for the competition. 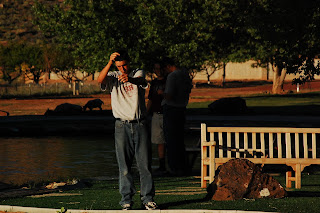 At this point the lower levels and myself had caught a few and the upper levels had 0! They started to show signs of frustration. 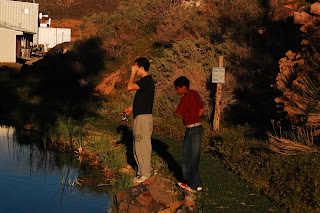 Here is Tristan giving coaching tips to the other students. "Look the fish are right in front of you". 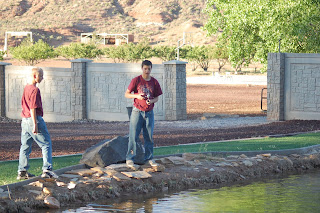 Jake and Cameron teaming up to use the "2 heads are better then one" theory! 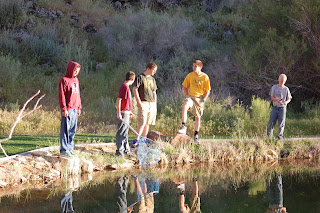 The fishing was slow at first! 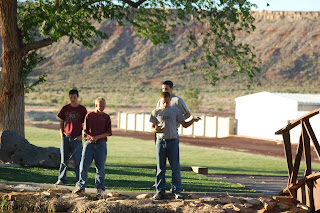 Students started resorting to desperate measures to get fish making "Huck Finn" style poles and even using just their hands as reels by looping string around it.
At this point we took a break for halftime and everyone was able to use the "goods". Once everyone had the real worms and lizards and grubbs. 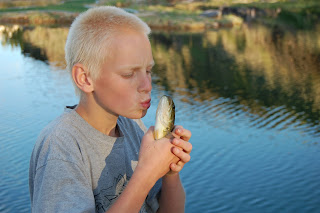 Sasha reaping the rewards of having the good stuff! 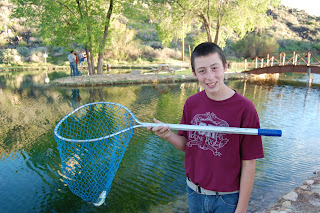 Jack showing off one of the fish he caught. 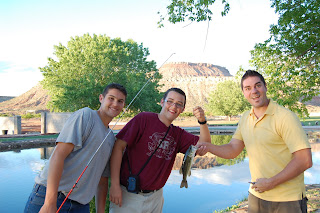 Me, Wes and Kyle with one of the "big boy" fish! 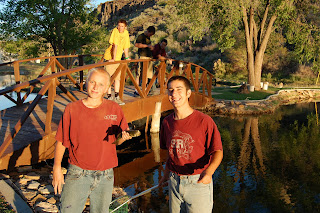 Dom and Cam with one of theirs! 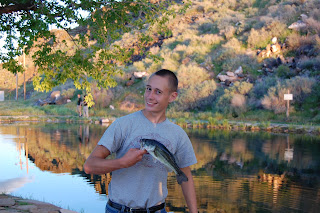 Chris with one of his many fish!! 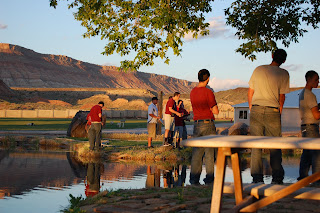 Now everyone was starting to get into it and they were wanting everyone to get at least one fish even if they were not on their team. 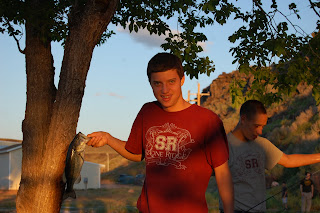 Jacob brought home a good one for his team! 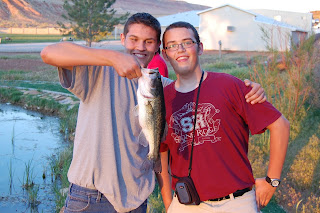 Wes and Kyle got one of the biggest ones in the pond!! 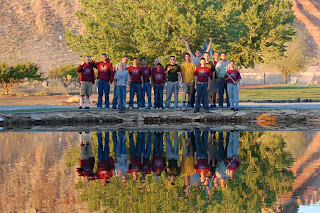 We had all the boys pose for a picture afterwards. 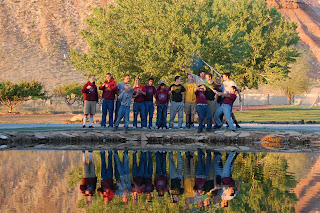 Then things got a little crazy! Just kidding the boys just wanted to have a goofy picture!
We met afterwards and talked about how in life we are not all given the "golden spoon" and handed all the easy ways of doing things(like the upper levels were not given the good bait). Sometimes we need to get creative and also have determination. We also need to make sure we can maintain "level headed" when things are not going our way or the way we had "planned".
Fortunatley all of our parents have given us the "golden spoon" or the right materials like the worms and lizards of life by sending us to DRA. And now we need to use the tools. Just like with fishing even if you have the right stuff you still have to cast out the bait and reel in the fish! And even then, sometimes the fish will fight and then break your line or slip off your hook, so you need to still have all those things like determination and a cool head so you can keep "catching fish".
Posted by Diamond Ranch Academy at 3:58 PM