The guys got balloons as part of a therapy group they did on Tuesday. They were asked to blow the balloons up, and have them travel across the field by letting the air out and the balloon sailing across the ground. It may sound easy but there was a little breeze that made it next to impossible!! 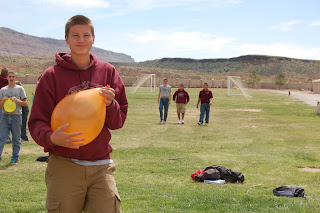 Walker was trying to blow the balloon up as big as possible to get momentum. 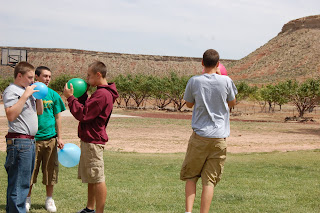 Some of the other boys tried to do it as a team! 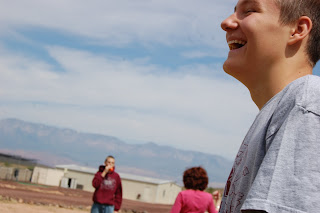 Here Nick is laughing after trying and seeing how crazy the balloon was flying the wrong way! All the boys had pretty good attitudes at the beginning. 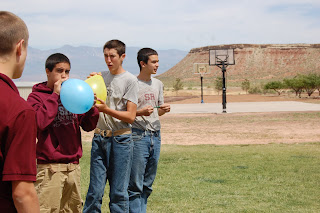 It was fun to see the boys getting "winded" after blowing up the balloons so many times. 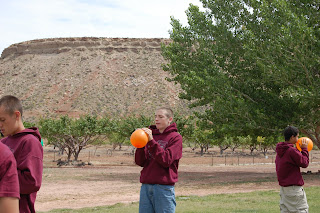 Jon tried to face the opposite way because the balloon seemed to be fighting him when he was facing the right way. Does reverse psychology work with balloons. 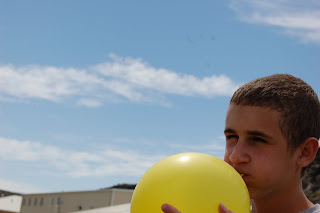 Josh was a really good sport with this one and didn't give in until his balloon popped on the grass! 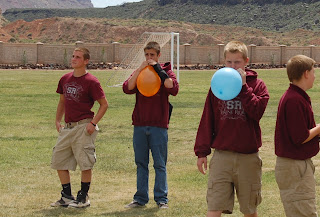 Some of the boys balloons popped and so they became spectators. 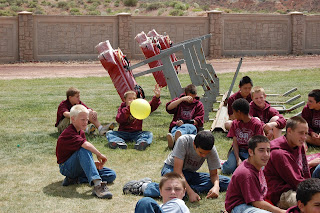 Afterwards the therapists chatted with the students and discussed the difficulties they had and how they overcame them. 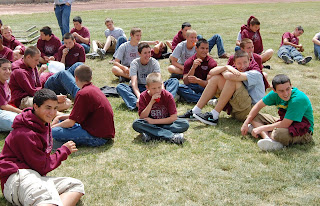 Here are some of the boys watching the last guy trying to get to the end!! 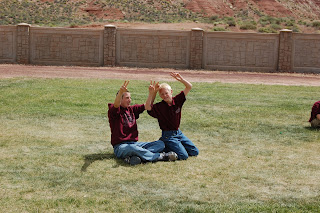 Sasha and Jon were cheering him on to the end! 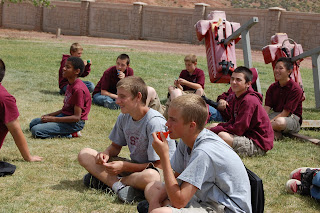 Just like these guys the rest if them had a really good time and enjoyed the awesome weather we had that day! It was a nice break from school and the day to day grind!
Posted by Diamond Ranch Academy at 3:05 PM