Football had a tough game against Duchene. The team started off in really good spirits. As you can see from the photo on one of the kickoffs where the guys on the sideline are chanting and yelling with their helmets raised. Here are a couple pictures from the game for you to see if you were unable to watch the live stream.. 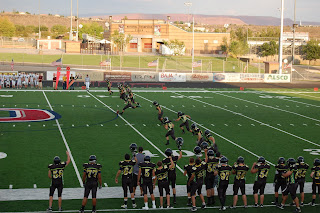 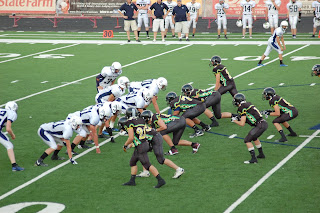 Defense was tough with all the different looks that Duchene gave us with each play. 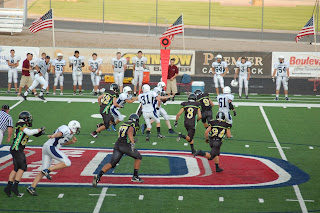 There were some pretty hard hits during the game like this one. Too bad there isn't sound on this! 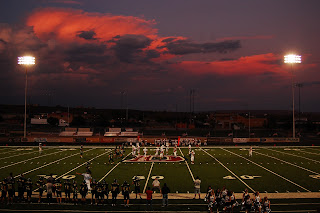 The night ended pretty dark and gloomy but the D Backs will bounce back.
Posted by Diamond Ranch Academy at 10:49 AM