Pickleball happens to be one of the most fun sports to play. Anyone can play and do fairly well. We took a bunch of the boys down to the local courts and played for a couple of hours. We played "King of the Court" and everyone had a ton of fun!  Staff and Students were able to hangout and enjoy each other and see just how competitive some people can be! 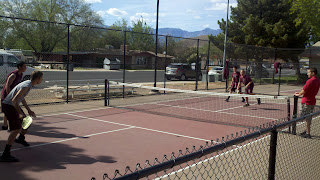 First match on the King's Court 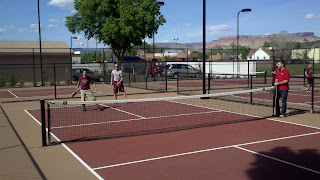 These 2 guys went undefeated against students and only lost once to the staff team! 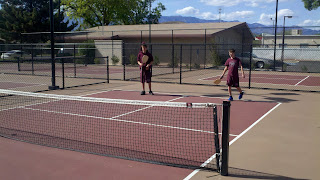 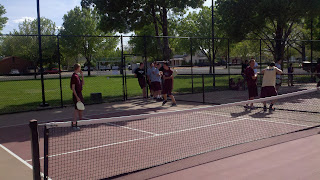 These guys got fairly competitive during this game, and finally pulled out a victory 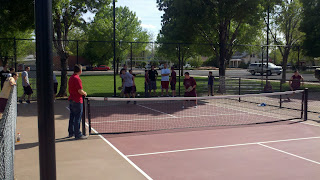 They made it to the King's Court but lost their first match there. 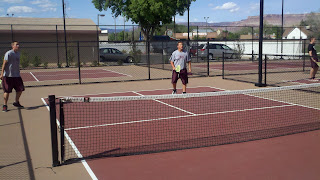 These 2 were having a lot of fun and even tried to hit it as high as they could. 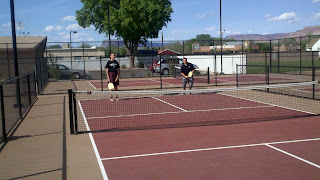 Trever hopped in and played for a game and enjoyed it a lot playing with the students! 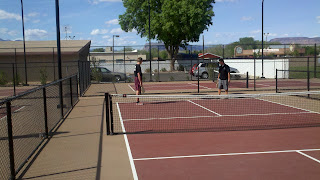 Did that go out? 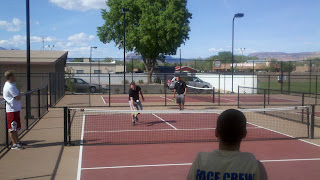 The King Court with the staff!! 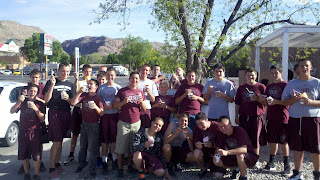 There is nothing like a SNOWCONE on a hot day after playing pickleball!!
Posted by Diamond Ranch Academy at 12:35 PM