We had the students in The League do a team building challenge where they had to guide a friend that was blindfolded through a fake mine field. The partner guiding could not touch the other partner it was completely through verbal skills that they had to get them through. 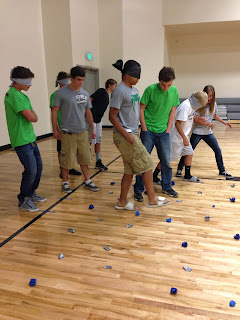 Here they are starting, if the person going through the mine field touched one of the mines then they had to start over. 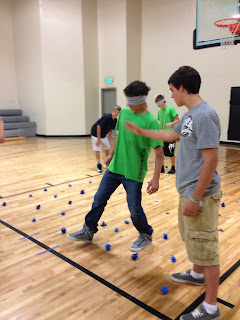 A few of the teams had to start over multiple times. But eventually everyone made it through! 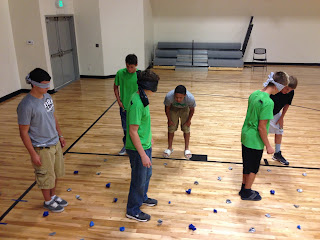 Adding to the confusion was 3 other people trying to guide their friend as well at the same time! 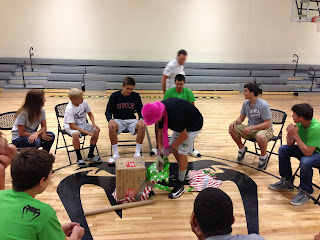 After the mine field we played the "Present Game" this is a game that is strictly for fun and to build the culture between the members of the group. 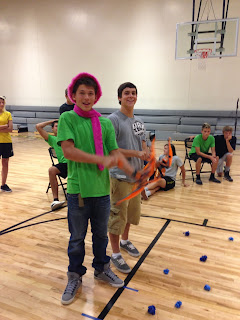 Then the students had some target practice with some awesome Nerf bows! 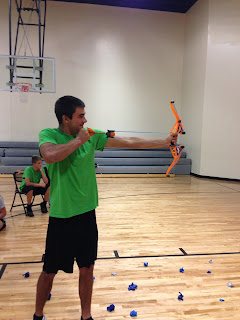 Posted by Diamond Ranch Academy at 7:43 AM